These glistening inkcap mushrooms were at Goyt’s Valley, Derbyshire, on rotting tree stumps. Identification of these things seems to be rather difficult, despite having to hand a ‘fungi guide’.

According to Wikipedia, these delicate mushrooms are edible for an hour or two, when they begin to slowly dissolve into a black, inky liquid. No thank you.

Fly agaric is a remarkably striking bright coloured toadstool, of which we’ve seen several specimens in this damp English autumn.

According to Wikipedia this fungus is not edible unless suitably treated. It also contains psychoactive substances, historically used for this effect in some cultures.

It is said that this fungus was used, mixed with milk, for getting rid of flies, which were attracted to the psychoactive chemicals, hence the name. Or alternatively the ‘fly’ came from the psychedelic effects of eating it.

An agaric is a type of fungus characterized by a cap that is clearly differentiated from the stalk, with gills on the underside of the cap.

A rather cloudy afternoon turned out quite nicely as the sun began to descend below the surrounding hills mid-afternoon. The effect on the calmish surface of the Errwood Reservoir was quite striking.

The reservoir is in the scenic Goyt Valley, near the Derbyshire-Cheshire border.

It was salutary recently to visit the National Trust’s Calke Abbey in Derbyshire and come across the Old Man of Calke, an oak tree believed to be over 1000 years old – indeed there are two such oaks in the grounds. This tree was well established by the time of the great Norman conquering of England in 1066 and has ‘seen’ times of nearly a millennium since then, while living its majestic existence in the peace of the Derbyshire countryside.

Now that puts quite a context on the relative sound and fury of the affairs of the English since then. So many kings and queens, wars and revolts, comings to agreement and falling out with European neighbours, so little effect on this majestic being. Until the modern days, when who knows what threats climate change might mean for its continuation.

These beautiful smallish blue, white-veined flowers were lighting up a wood on the Chatsworth Estate, Derbyshire. A bit of research shows that they are meadow cranesbill. 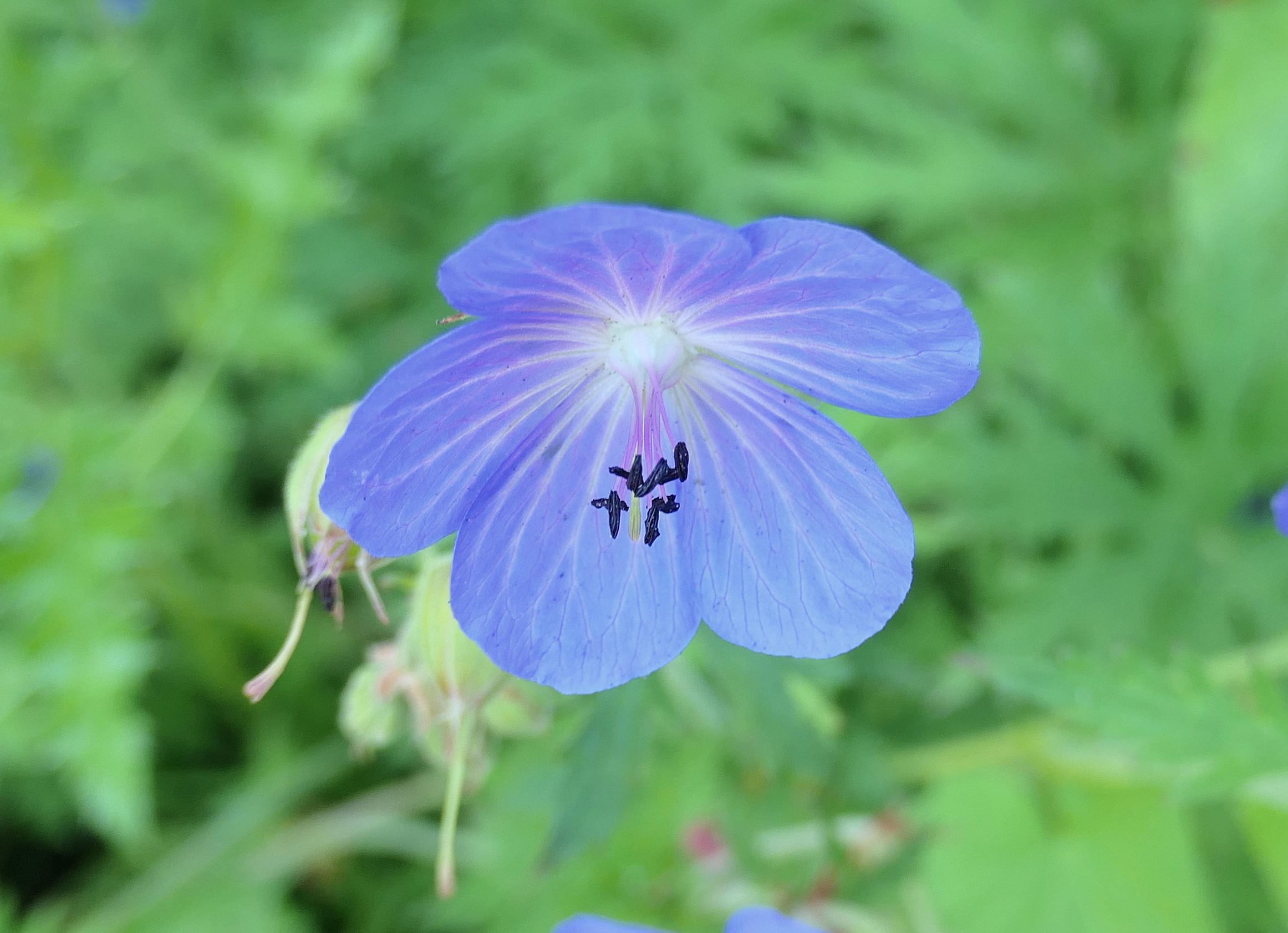