It’s nearly three years since I last saw a mint moth in the garden. It doesn’t mean they’ve not been around, they’re just so small (under 2 cm) and fleeting. This one was in a similar place, on a forget-me-not flower by a patch of oregano, which they’re said to like as well as mint. 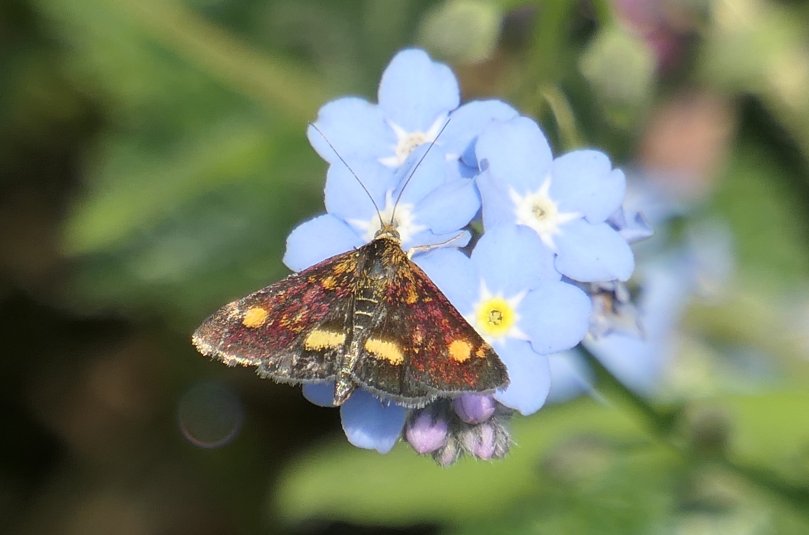 These moths fly by day, as well as by night. Seen close up they have an amazingly furry body. This is probably the first of two breeds within the year in England.

This was a telephoto shot, whereas my previous post used the camera’s macro facility and is slightly sharper.

One thought on “Mint Moth 2”