These rather fine specimens of tinder fungus, or fomes fomentarius, sat proudly on a dead silver birch stump in Brereton Country Park. These bracket fungi were quite large, around 1 foot in height.

This species typically continues to live on trees long after they have died, changing from a parasite to a decomposer, helping the dead wood to rot.

The name derives from the fact that it was found to be useful as tinder in making fire. 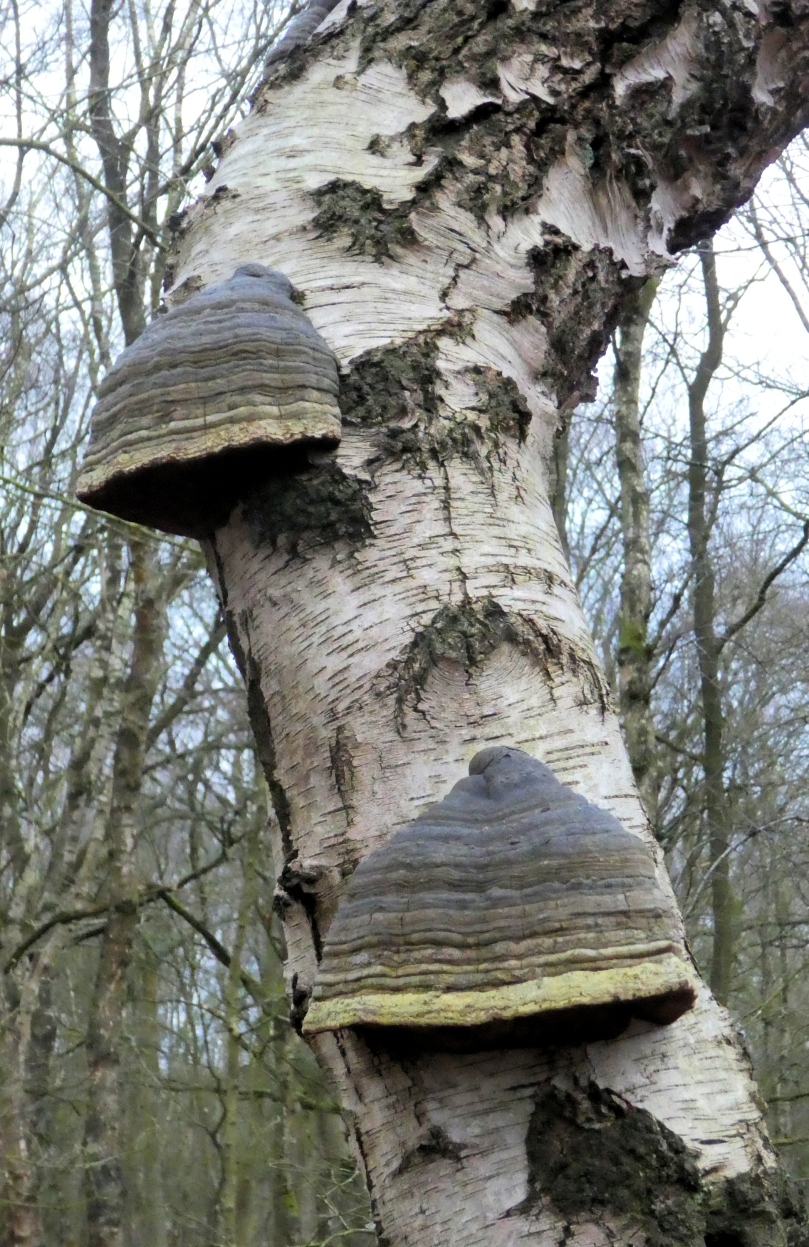 This could be the identity of the queried oyster shell fungus in an earlier post, which was found in the same woods.

One thought on “Tinder Fungus”