At RSPB Leighton Moss I was quite taken by this little bird that provocatively paraded on the footpath before me – clearly an innocent youngster, without fear. It looked vaguely familiar, but the markings suggested something a bit like a dunnock or a yellowy starling. 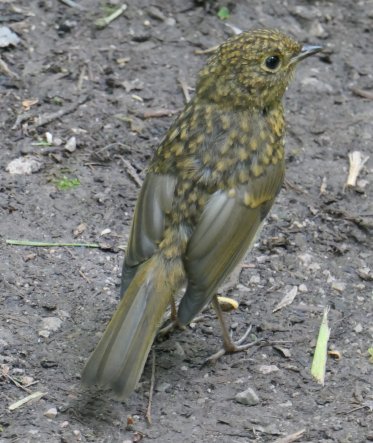 When I showed the picture to she who knows much more about birds than I do, she immediately identified it as a juvenile robin (European Robin, of course). Yes, it clearly is, when you look at that familiar slant of the beak.

And I always thought robins have red breasts. According to Wikipedia, the orange feathers begin to appear at around 2-3 months old, and the orange/red breast is complete in around twice that time.

One thought on “Robin Juvenile”