There seem to have been quite a lot of orange tip butterflies around the last few weeks, some looking really fresh like this one. Unusually, it paused awhile in the sun with wings open, allowing a few quick shots before normal fluttering was resumed. 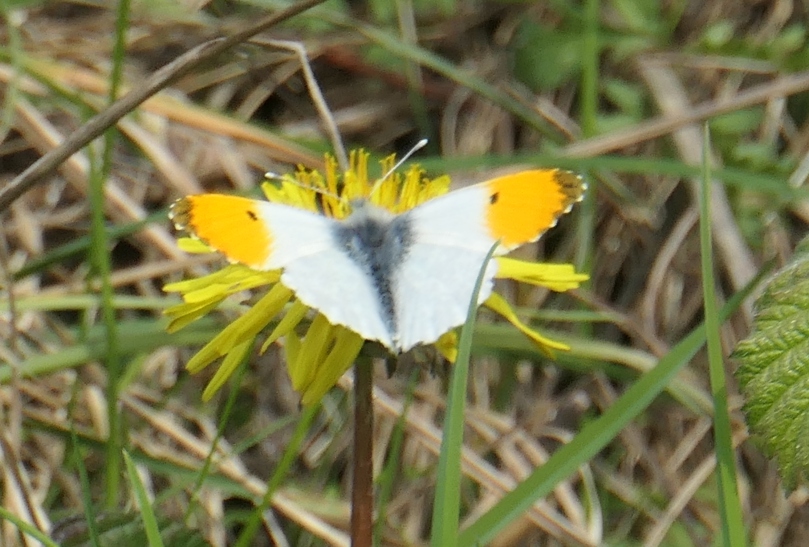 According to Wikipedia, orange tips are appearing earlier in the spring, and this must be a male, as “the more reclusive female… lacks the orange and is often mistaken for other species of butterfly”.

Strangely, the usually infallible autofocus on my Panasonic TZ200 does not appear to have got anything completely sharp, and that’s the same on several shots, so is probably not due to hand movement. Maybe there was just too much detail at different distances and differing illuminations in the strong sunlight (featured image shows how much was in shot).