I don’t usually pay much attention to the common Herring Gull, as they are pretty plentiful in the UK (although the RSPB says the population is declining and the bird is red-listed). However a splendid sunny day at Conwy and Llandudno in North Wales gave the opportunity to see them up close. 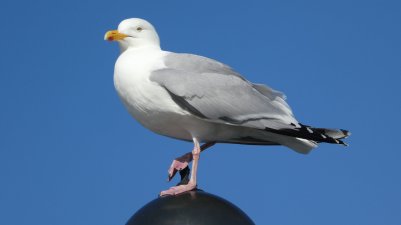 On top of lamp 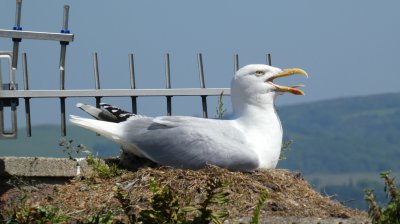 The photograph on the right shows a gull on the nest in strong sun. Chicks were wriggling about underneath her. What I’d never seen before was the tongue hanging out, presumably helping to stay cool, like a dog.

Some of the mottled brown chicks were making their first forays out into the world, watched over by mother, and precariously positioned on a high part of the town walls at Conwy. 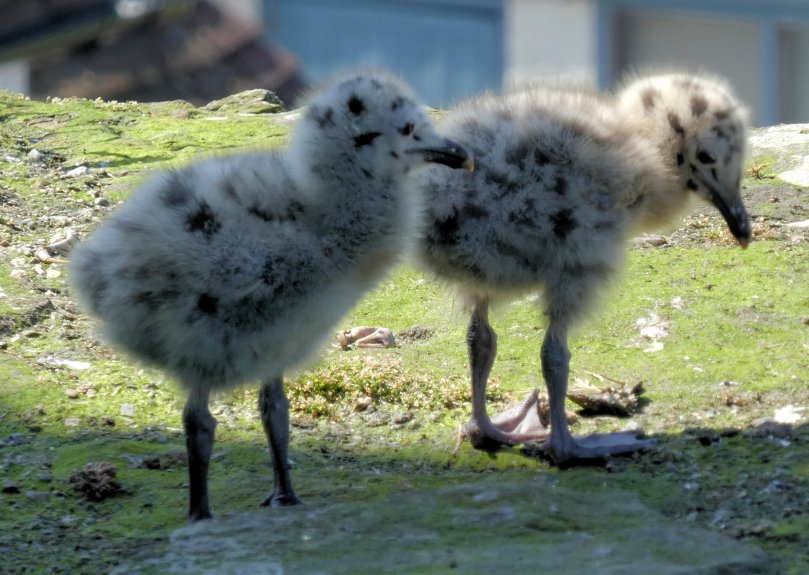