Contrary to the pair in the featured image studiously ignoring each other, common grackles are gregarious birds, commonly seen in gangs scavenging at supermarket car parks and traffic lights in Houston and elsewhere. Much as are jackdaws in the UK, but more ubiquitous.

Much more apparent are the larger all-black males. However, the female is arguably the more attractive bird, such as in the following photos. 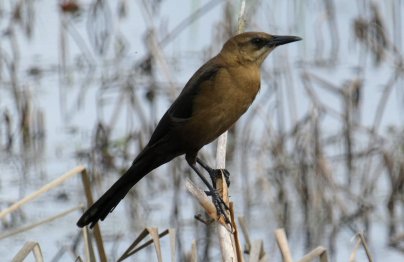 Both male and female coats show an iridescence in the right light.

One thought on “Common Grackle”