I love this post by Abigail, so am reblogging it.

A Patchwork of Perceptions 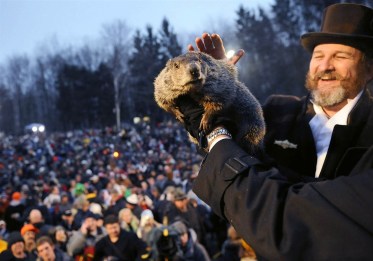 Every February 2, thousands converge on Punxsutawney, a borough of less than 6,000 residents in mid-western Pennsylvania, to watch as a group of dignitaries in top hats and black suits, known as the Inner Circle of Punxsutawney, mount the steps at Gobbler’s Knob with a large furry animal, affectionately called Punxsutawney Phil, in hand.

Punxsutawney Phil is a groundhog, also known as a woodchuck (the “how much wood can it chuck” variety), who the Punxsutawney Groundhog Club has claimed for over a century can predict the shift in the weather from winter conditions to spring-like ones. If Phil sees his shadow, one might expect six more weeks of winter; if not, one should anticipate milder temperatures. (Fun fact: His full name is Punxsutawney Phil, Seer of Seers, Sage of Sages, Prognosticator of Prognosticators and Weather Prophet Extraordinary.) 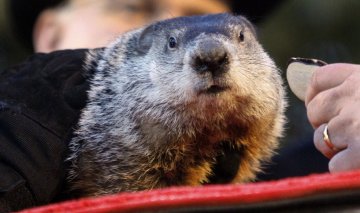 One thought on “Why a Groundhog?”