In her post The Next Financial Crisis is not Far Away Gail Tverberg presents an interesting assessment of where the world economy has been, is and is going. It seems to explain a lot of what we see going on.

Gail makes a number of observations, based on extensive research, that appear to look deeper than most so-called economists. 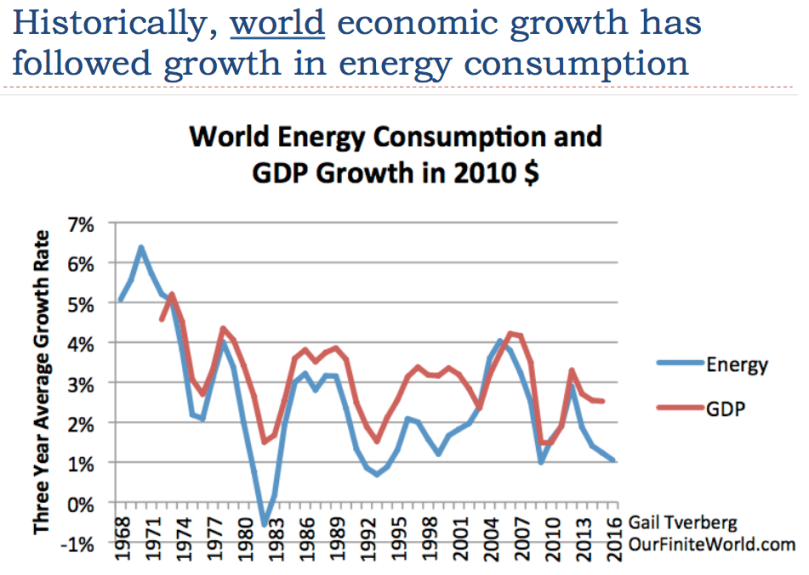 The point Gail does not really bring out is that economic growth also tends to correlate with negative environmental impacts, so low growth is actually much better for the environment.

We seem to be in a bind: economic growth and social stability versus environment. It is likely that we will always default to the former until the effects of the latter are so disastrous that action is forced upon us.

In a sensible world, we’d be having a big conference to try to work out a better way of managing human affairs that works with the environment, and perhaps decouples perceived benefits from both energy and growth. Which brings us back to the money/debt system, who controls it and who benefits…

In the real world we will just muddle on. And whether Brexit represents a national suicidal impulse or a prescient reading of the runes will not become clear for some time yet! (Its short term negative impact is becoming increasingly clear.)