So we arrived at RSPB Burton Mere Wetlands  by the Dee estuary. Before we even got through the entry door I saw this pair of magnificent looking ducks serenely sailing along in open water, and quite close by. The male had a black head and back and huge black beak. Otherwise a bit like a shelduck, but I didn’t know what they were.

Anyway, out came the binoculars for a closer look. Beautiful. Then the thought, how about a photograph, just as they began to move in to the bank. The camera was out and focusing as they drifted behind the reeds. Never mind.

A bit later there was a group of the same sort of bird in the middle distance, but they just seemed to be swimming round and round in circles with their heads in the water, with just the occasional glimpse of that large beak (see top featured image, which reflects the dull grey afternoon).

That’s why they have that large beak, for going round in circles shovelling mud around – and the name Shoveler. 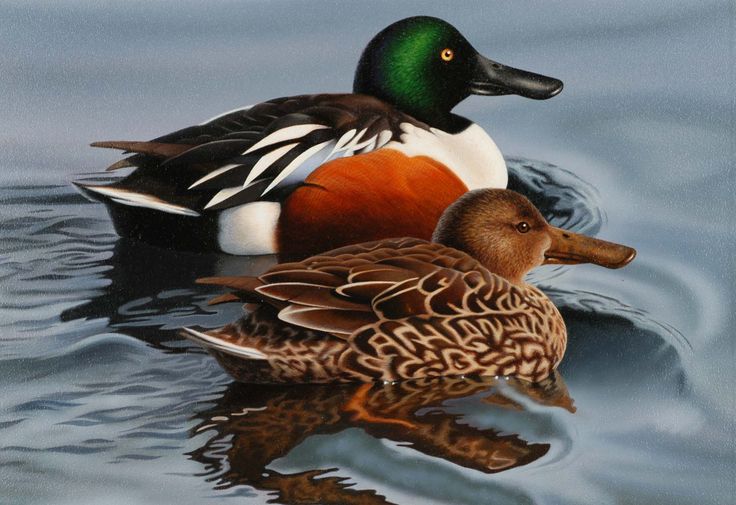 Some people manage to get superb pics, see this one from Wikimedia Commons. I think the drake becomes iridescent during the breeding season.

One thought on “Shoveler”